I woke to a shout: 'I am Alpha and Omega!'
Rocks and a few trees trembled
Deep in their own country.
I ran and an absence bounded beside me.The dog's god is a scrap dropped from the table,
The mouse's savior is a ripe wheat grain—
Hearing the messiah cry
My mouth widens in adoration.How far are the mosses!
They cushion themselves on the silence.
The dust, too, is replete.
The air wants for nothing. What was my error? My skull has sealed it out.
My great bones are massed in me.
They beat on the earth, my song excites them.
I do not look at the rocks and trees, I am frightened of what they see.I listen to the song jarring my mouth
Where the skull-rooted teeth are in possession.
I am massive on earth. My feetbones beat on the earth
Over the sound of motherly weeping....Afterwards, I drink at a pool quietly,
The horizons bear the rocks and trees away into twilight.
I lie down, I become darkness—
Darkness that all night sings and circles stamping.

—"Gog" by Ted Hughes, from Wodwo 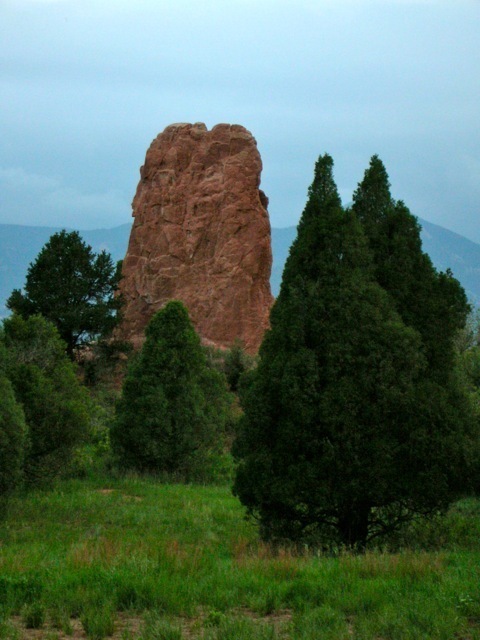 I was looking at my old essay "Slender Mitochondrial Strand," written on the occasion of the death of Nicholas Hughes, son of Ted Hughes and Sylvia Plath.  I saw that I'd promised to find and post "Gog," one of my favorite poems, which I'd memorized as a teenager.  Of course I found it in my favorite volume of poetry, John Wain's Anthology of Modern Poetry (Hutchinson, 1963).  I used to have copies of Wodwo and Lupercal, my favorite Hughes volumes, but I can't find them now, so I just added them to my Amazon shopping cart.  Just for completeness I'll post Wain's comment on the poem:

"Gog" refers to the biblical prophecy (Ezekiel, chapter xxviii) of a hostile power that will arise in the world immediately before the Last Judgment, and inflict untold destruction.

Now that I've mentioned a Bible verse on Sunday my relatives might be quietly satisfied that I might still be "saved," though they'll probably reconsider if they read "Fire Next Time," a poem I just wrote today for NaPoWriMo.
Then again the Bible is the last thing I really think of when I read "Gog."  To me it's all about Hughes's aggressive Paganism.  And it really brings me home to my chosen home of Colorado, where I still feel the rule of the "rocks and trees" (though sadly the bark beetle is making a large dent in the latter).  I think of Lewis and Clark mounting the continental divide and seeing an infinite expense of wooded and icy mountains.  "I am Alpha and Omega!" And weren't they forced to believe it!  And then, closer about them, below the tree-line, the fauna and flora on the verge of losing its indifference to people, replicated in that infinite expanse that pushed their field of vision and imagination.  Man and his power that derives from Nature, and yet holds it within to destroy so much of Nature's creation.  That is the paradox that I see written into "Gog."
By the way, if you're as interested in Hughes's poetry as I am, don't miss my discussion of his recently uncovered poem "Last Letter."  I focus on the poetry, because everyone else seems so much more interested in the drama.

(Note the Copia blog historically has many posts by my brother Chimezie Ogbuji. They should be marked with the byline as such.) I'm a Nigerian-American entrepreneur, software engineer and writer who lives near Boulder, Colorado with my wife, three sons and daughter. I studied Electronic Engineering at The University of Nigeria at Nsukka, and Computer Engineering at the Milwaukee School of Engineering. I was co-founder of Fourthought, Inc. in 1998, which I ran until 2007, when I co-founded Zepheira. I'm also a poet and editor (Kin Poetry Journal & The Nervous Breakdown). In my spare time I train in AKKI Kenpo, skateboard, snowboard, play and coach soccer. Google profile